We’re wrapping up our trip to Indiana to visit Sparkle’s parents, and my lovely yet naughty wife has already gotten herself two spankings here. I think that’s a new record…not because of better behavior in the past, but more because we rarely seem to have the time alone here to take care of it.

I’ll write a separate post (with pictures) from this morning’s spanking, but here’s the one she got a couple days ago.

Friday, Sparkle and I decided we needed a little alone time, so we borrowed her parents’ SUV to drive into Cincinnati and go shopping. We generally do this at least once per trip here, and it was fun as always. Lunch together, dinner together, shopping together…and a bit of brattiness by Sparkle. Actually, it was mostly her telling me every chance she had (and in public) how horny she was and all the things she wanted me to do to her when we get home, but there were plenty of bratty comments too. I responded, of course, by suggesting that maybe I could find a quiet country road on the way home. When she was getting into the SUV, she (not surprisingly) got a firm swat on her tush.

A couple stops later, another bratty comment came out.

“When we park, you’re to wait for me to come around, then I want you to get out and obligingly bend over the seat.”

Nervously she obeyed and two stinging smacks landed on the seat of her khaki pants and the naughty girl gasped. As we walked into the store, she said “I really didn’t want to do that.”

I told her that was why I made her do it. “It’s good for you to do things you don’t want to but have no choice over.”

We left around 6:00 to head home, and the brattiness increased in tempo on the drive, such as when my naughty girl took my hand and put it up under her shirt to show me she’d removed her bra during the last gas station shop. A few miles further, the tempo of her breathing told me she’d started playing with her nipples and I glanced over to see her shirt pulled up in front.

Such a naughty girl.

I think she thought she’d gotten off scott-free as we pulled into her parent’s town. That’s what she thought until I turned off the main road onto the last country road before the house.

I drove down the road a bit and saw a gate for a field with a large gravel patch in front of it and pulled off the road.

“Put the seat back and roll over on your stomach. Pants and panties down.”

The tempo of her breathing changed again and she nervously did as I’d told her to. The seat went back. She unbuttoned her pants and rolled over. The pants came down, followed by her panties.

And her naughty little bare bottom got spanked good and hard for several minutes, less than a mile from her parents house. As we pulled back onto the road, a car passed us and I heard nervously from the other seat “Good timing.”

When, Where And How To Spank: The Spanking Manual!

This is an exhaustive, 5* rated guide answering all the questions you have about spanking. You can also read more here. 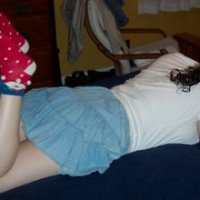 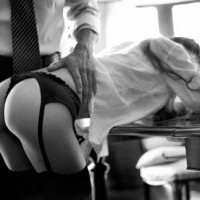 A Proud Member Of...